I stopped by an AT&T location today to get my secure SIM card. That part went perfect the AT&T rep was wonderful to work with. This new SIM card also got me passed the first step of installing the application bypassing the warning that I didn’t have a secure SIM.

The next step was that it said that I didn’t have an internet connection when accepting the Terms and conditions. I uninstalled and reinstalled SoftCard, this bypassed that error and I was able to try to create a username and password. The next step is to set a PIN number after confirming the PIN Number I receive the error that my phone is not compatible with SoftCard.

I contacted AT&T and the transferred me to SoftCard Support. The Direct Number is 855-273-9150. This is an unlisted number so keep this one handy.

I contacted SoftCard and after going through several things they asked if my phone is unlocked. I have the Windows Phone Lumia 920 Developer Kit phone from BUILD conference. This phone I believe was unlocked and has multiple radios in it for other countries.

The only other gotcha could be that I also have the development preview loaded for the Microsoft Heath Band loaded. They said their software is written for specific versions of the software. So it would be to hear if anyone else has this working on the latest Dev preview on a locked phone.

It would also be good to hear if Android users have this working on an unlocked device too.

I called back tonight to AT&T and reached a knowledgeable person about all the troubleshooting steps. She said I need to uninstall and install on Cellular only, Check the NFC option under settings to make sure they are on and retry. Unfortunately it didn’t work.

So it looks like I am stuck until I upgrade soon to the next Windows Phone. 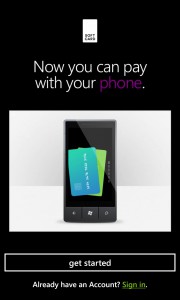 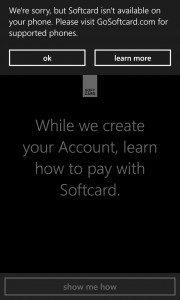 I called AT&T back one last time to verify the SIM was correct. Looks like it was so my phone wont work out. Darn. 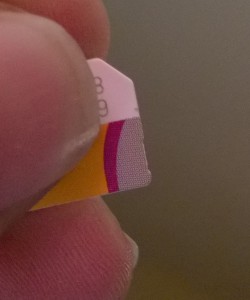 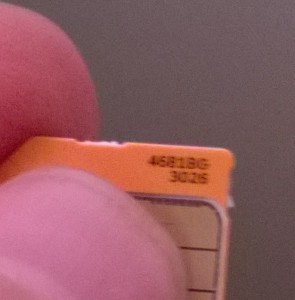 “The ATT tech support said that only the sim card with the gray blob on it is the right one…to be sure…check the SKU number for the sim they give you.